The ships Sandön and Hoheneichen sank in 1975 and 1959 near the coast of Skåne, south of the village Kåseberga. In 2018, the Swedish Agency for Marine and Water Management (SwAM) carried out investigations and operations to recover oil from them.

The shipwrecks are close to a nature reserve

There are two coastal nature reserves nearby Norra Sandskogen and Hagestad. The area Sandhammaren-Kåseberga in the vicinity is also classified as a Natura 2000 area according to the European Union’s Birds and Habitats Directive. The area has a high biological value, with very diverse flora and insect fauna. It is a popular destination for recreation and tourism.

Simulations with the oil spill forecasting tool SeaTrackWeb showed that an uncontrolled leakage of oil from these shipwrecks would have ended up near Kåseberga and Ale’s Stones, and then moved towards the city of Ystad.

The information available about Sandön and Hoheneichen prior to the investigations indicated that there was oil left in the wrecks. No leakage had been detected or reported since the wreckage of the vessels. Moreover, in August 2018, the Coast Guard did a video survey that showed that the wrecks were intact and without any major damage to the bunker tanks.

No oil found after two weeks

SwAM’s investigation and oil recovery operations were carried out by the company Marine Works AB, following a call-off from the framework agreement.

The work with the on-site investigation and oil recovery operation on the two shipwrecks lasted for two weeks in November 2018. Several holes were drilled in the hull at the location of the oil and ballast tanks according to the drawings. Despite this, there was no oil detected in the wrecks, which indicates that the oil has leaked out over the years.

Cost of the measures taken

The recovery operation on the two shipwrecks Sandön and Hoheneichen amounted to a cost of SEK 5 912 000. It was funded by the Swedish Government’s budget post 1:4 for the remediation and restoration of contaminated areas.

Click here to see a map of the most environmentally hazardous shipwrecks in Swedish waters.

Videos from Sandön and Hoheneichen

See SwAM's youtube channel for videos from the work carried out on the shipwrecks.

Slideshow from the investigation of Sandön and Hoheneichen and the media day on November 12, 2018. 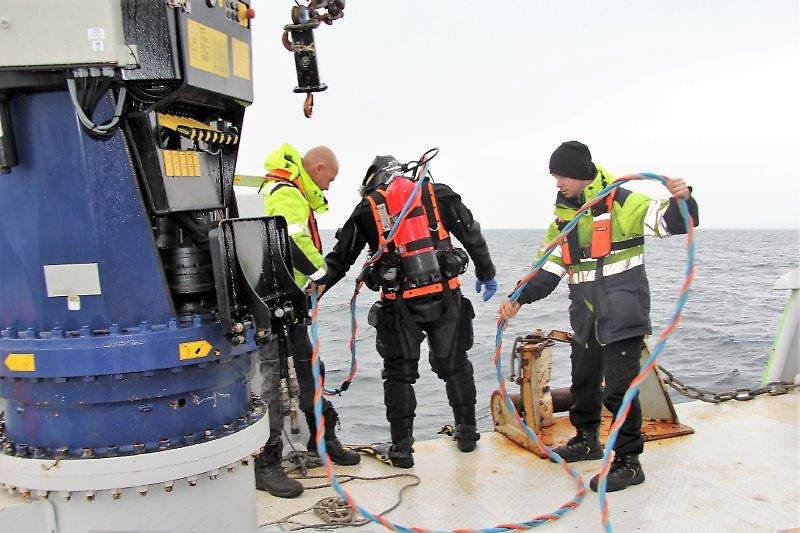