During August and September 2019, the Swedish Agency for Marine and Water Management (SwAM) led the work of investigating and removing oil from the shipwreck Lindesnäs. In total, 299 cubic metres (299,000 litres) of oil was salvaged from the wreck. 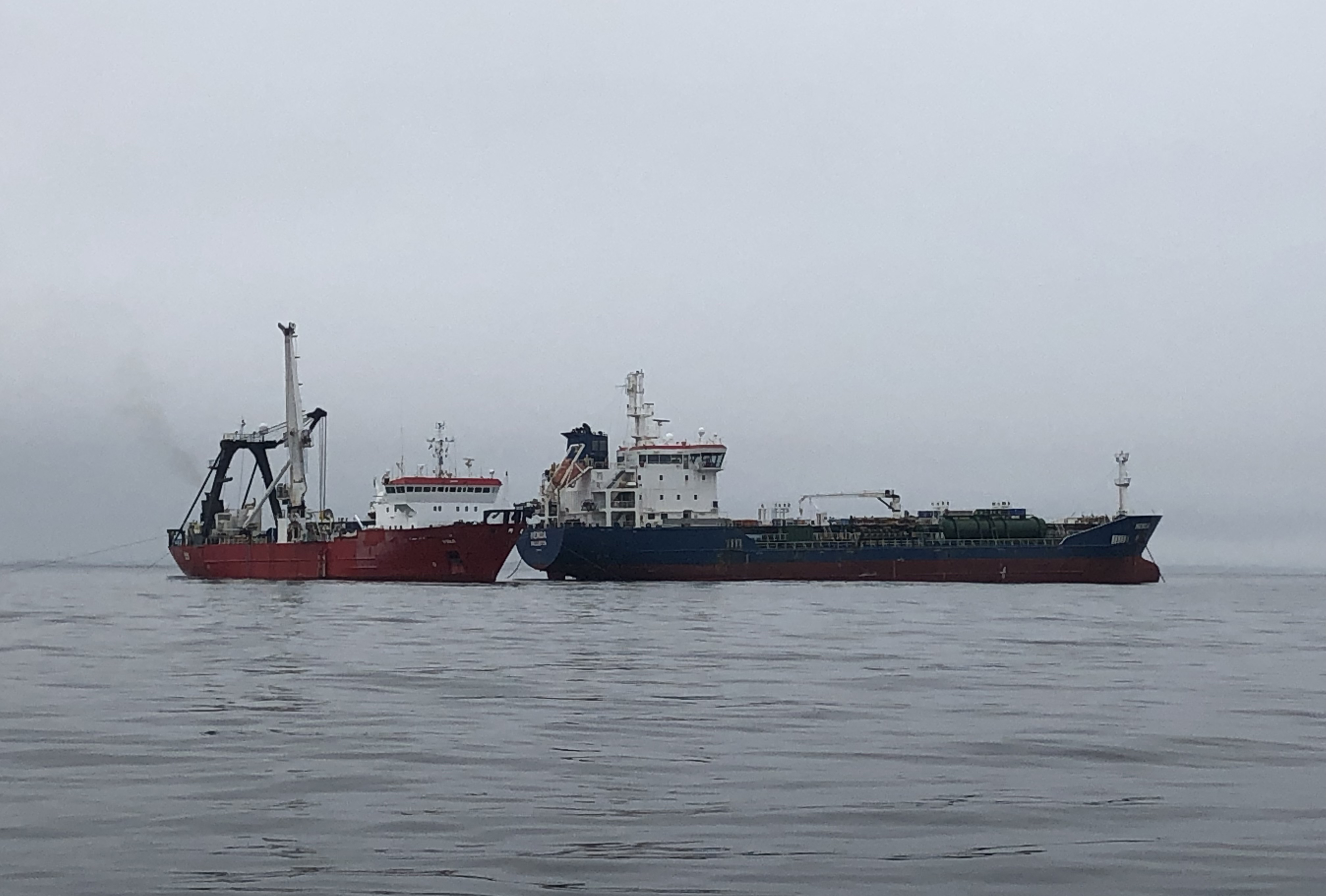 The ship Lindesnäs wrecked in a snowstorm in 1957 on its way between Nynäshamn and Norrköping. It was loaded with 1,732 cubic metres of kerosene. The wreck was included in the Swedish Maritime Administration's list of environmentally hazardous wrecks in Swedish waters and graded as one of the 30 most prioritised. The wreck is located about 10 kilometres off the coast of Oxelösund

During August and September 2019, SwAM led the work of investigating and removing oil from Lindesnäs, together with the Danish company JD-Contractor A/S, one of the seven companies SwAM has a framework agreement with for removing oil from wrecks. In total, 299 cubic metres of oil was removed from the wreck.

During the operation, the hull was penetrated in a controlled environment to avoid oil leakage. Thereafter, work began on emptying the tanks by pumping the oil (consisting of kerosene and diesel) to the waiting tanker Henda. The oil was then transported to shore for recycling and the amount that could not be recovered was sent for incineration.

During the oil removal operation, a 46 metres long ghost net was found attached to the wreck, with two dead seals trapped in it. The ghost net was recovered and transported to shore for recycling and destruction.

The recovery of the ghost net and the oil removal operation had a total cost of SEK 21,751,000. The funds come from the Swedish Government's budget 1:4 dedicated to the remediation and restoration of contaminated areas.

Proximity to a nature reserve

Simulations with the oil spill tool SeaTrackWeb showed that an uncontrolled discharge of oil from Lindesnäs was likely to have ended up near the Natura 2000 areas Bråviken and Hävringe-Källskären.

Bråviken is a marine nature reserve that is classified as a Natura 2000 area with sensitive nature. The reserve includes hundreds of islands and islets, it has a rich plant and animal life, both on land and in water. The area is also known for its outdoor activities and recreational fishing.

Hävringe-Källskären is one of the most important areas for grey seals in the Baltic Sea. It is also an important area for the Caspian tern, as large numbers breed on the islands.

Oil spill clean-up at sea and coast after a spill is very costly, even without including loss of tourism or damage to the environment, especially in a sensitive area. The fact that SwAM has the opportunity to carry out oil removal operations proactively on environmentally hazardous wrecks is therefore an economic and environmental gain for the entire community.

Videos from the oil removal operation on Lindesnäs

Photos from the oil removal operation.

Slideshow from the investigation and the press event on November 21, 2018, which attracted some 20 journalists.