In December 2019 we submitted the plan proposals

to the Swedish government. The government shall adopt plans by March 2021 the latest.

Chapters 4, 12 and 13 of the proposal is available in English. The chapters relate to expected implications and impact of the marine spatial plan proposal.

You can find the complete proposal, supplementing documents and maps in Swedish on our Swedish pages.

Past review of plan proposals

We developed, supplemented and clarified our plan proposals based on the response from stakeholders during the consultation. A review took place in Sweden between March and June 2019.

Past consultation on plan proposals

During 2018 we consulted neighbouring countries on the three marine spatial plan proposals for Sweden (consultation versions).

Past dialogue on first sketches

From December 2016 until autumn 2017, we had an extensive dialogue with Swedish stakeholders. We invited neighbouring countries to a dialogue meeting in May 2017.

Basis for the consultation were sketches of plans. The sketches indicated what our maritime spatial plans might come to look like.

You can read, among other things, about the extent to which we should carry out a strategic environmental assessment (SEA). But the report is available only in Swedish. 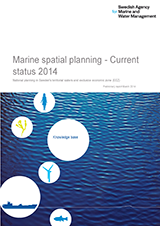 Sweden's marine resources and the demands on them, both now and in the future, is described in our report Marine Spatial Planning – Current Status from 2014.

This cross-sectoral perspective serves as a starting point for the first phase of national marine spatial planning.

Many Swedish stakeholders contributed to the report.

Sweden is developing spatial plans for its territorial waters and exclusive economic zone in three areas:

Our agency is developing the plans, working together with other agencies and the county administrative boards while consulting coastal municipalities, NGOs and the public.

We've assembled a list of authorities involved in Sweden's MSP

We are using the tool Symphony for assessing cumulative impact. 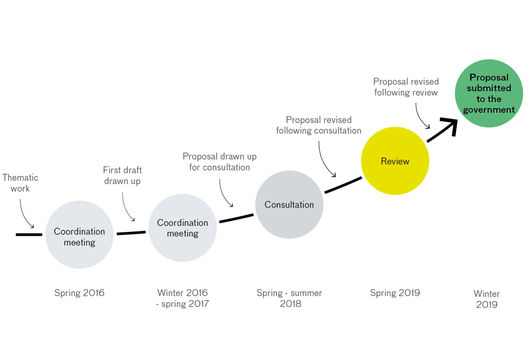