Towards sustainable hydropower in Sweden

The history of hydropower in Sweden is very old and dates back to medieval times. One of the first environmental laws can be traced back to the year 1228 - The law for mills, which stated that one-third of the river must be free-flowing and the fish connectivity must be ensured. 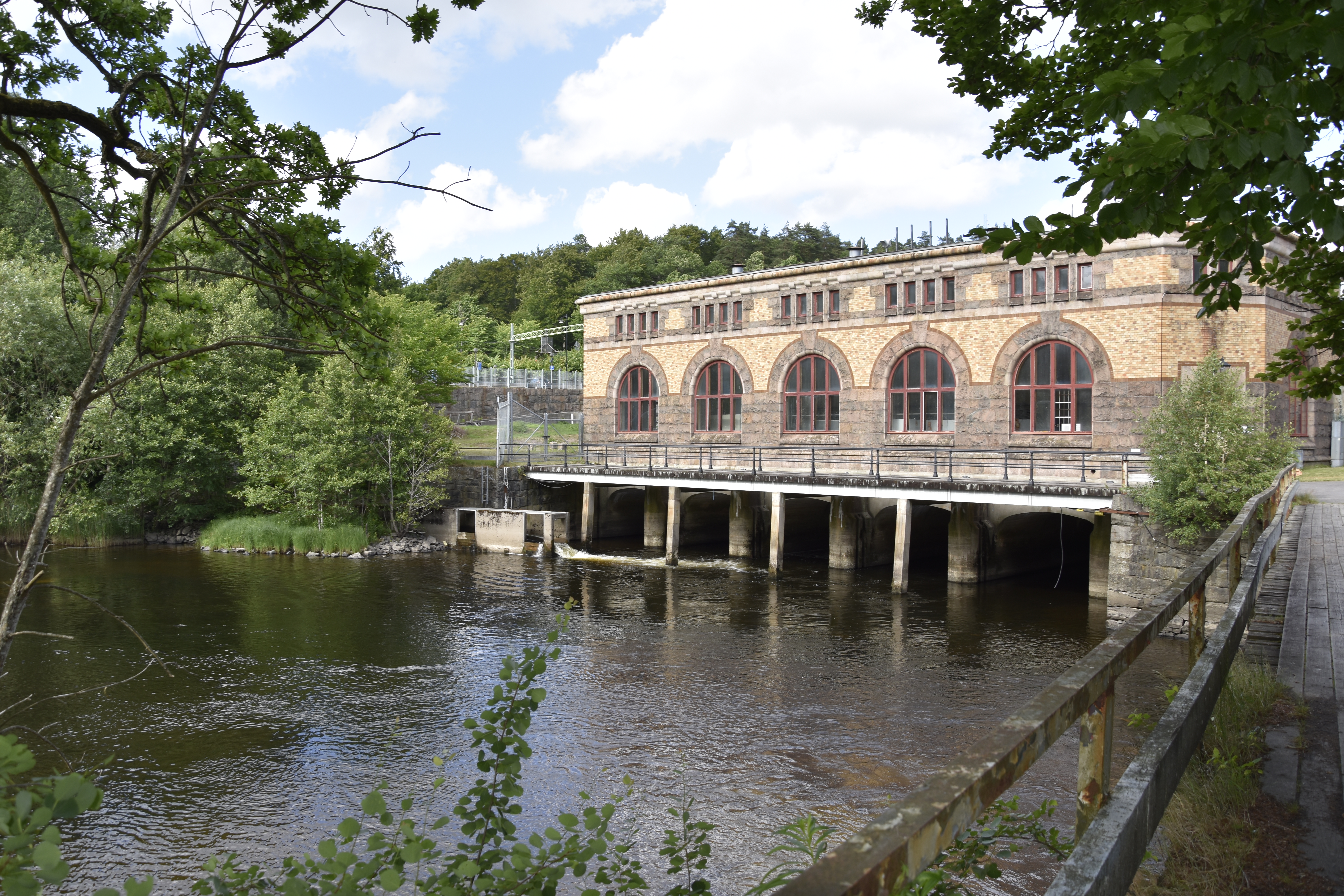 The first electrical hydroelectric plant was built in 1882 to provide light in a dusty textile mill. The initial hydropower development was however slow, but in 1918, new legislation was decided by the Parliament to improve the rate of development.

The environmental concern in this new legislation was mainly focused on compensating the loss of commercial fishing. The outcome of the legislation was few hydropower plants in Sweden with fish passages, and minimum flow was usually limited to 5 % of average flow. Sweden has today approximately 1800 hydropower plants and 600 regulating dams. 203 plants above 10 MW provide 93 % of the 65 TWh hydropower and almost all regulatory power. The demand for regulatory power is increasing by the rapid increase of wind power and more moderately, solar power.

Based on the classification within the Water Framework Directive, hydropower is the most extensive pressure on lake and river water bodies in Sweden. Almost 4 000 river water bodies and 1 000 lakes are affected by water regulation or lack of connectivity. This suggests there is a need for revision of the licenses of the hydropower plants to decrease the environmental impact.

A National Strategy to balance environmental goals and energy goals

In 2014, the Swedish Agency for Marine and Water Management and National Energy agency suggested a national strategy to balance the need for improved ecological status to the need of hydropower. The plan suggested different goals in seven groups of catchments, based on a considerable number of environmental parameters, parameters describing energy values and multicriteria analysis. The strategy also stated that 1.5 TWh is a benchmark for a significant impact on hydropower when applying heavily modified water bodies. If the strategy were fully applied, it would mean the implementation of environmental flows and fish passages in many hydropower plants in Sweden except the large-scale regulatory plants.

Based on the results from the national strategy, the work continued within a high-level discussion in 2015 among the power sector, the NGO:s and the two authorities. A proposal was submitted to the government suggesting changes in legislation and it was proposed in an environmental fund, provided by the main hydropower companies in Sweden. The Hydroelectric Environmental Fund was set to almost 1 billion euros with an additional 0.3 billion euro supplied by each plant owner. The fund is now in operation.

A proposed National Plan has been submitted to the government

On the 1st of January 2019, a new legislation was completed. The Government along with the new legislation gave SWAM, The Swedish Energy Agency and the Svenska Kraftnät (the grid operator), the assignment to provide a national plan for the revision of the hydropower plant licenses. The national plan is to be carried out over an operational period of 20 years. A new aspect of the legislation is time-limited environmental requirements with a maximum period of 40 years. The plant owner is responsible to update the license when a requirement is outdated. The main part of the plan is composed of geographical areas, mostly a catchment, in which the hydropower plants have environmental connections, together with a time plan when the plant owner should apply for a revision of his or her license.

The new national plan was submitted to the government on the 1st of October 2019, with additional suggestions by the authorities. One of the most important suggestions is a collaboration process within each catchment before the application process. The application for revision to the Environmental Court will be a responsibility by the plant owners. This process can provide goals for each catchment. Hopefully, there will be a decision by the government this year. The environmental plan for the hydropower will be a significant game-changer and a major boost in river restoration in Sweden. Today, there is a need for rapid progress in research and development but also education in river ecology, hydromorphology, and river restoration to avoid bottlenecks. In order not to reinvent the wheel, it is important to collaborate and network with other hydropower countries in Europe and elsewhere.