Report from the Third Expert Workshop on Marine Protected Area networks in the Arctic, organised by Sweden and Finland under the auspices of the PAME working group of the Arctic Council in Helsinki, Finland, 21-22 September 2017. 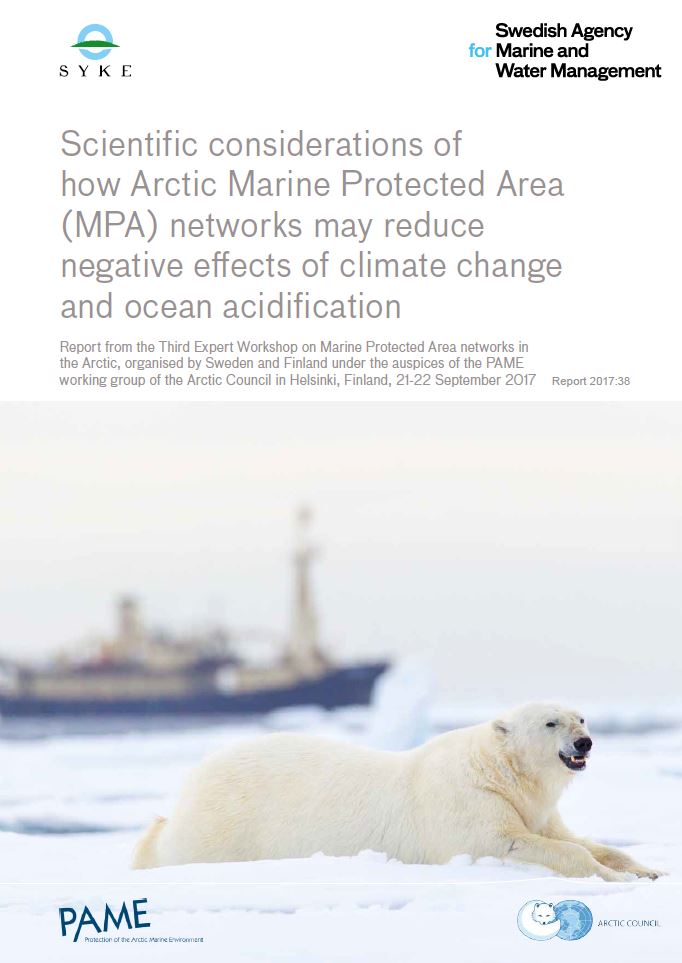 During the last two decades, the Arctic region has become an area of international strategic importance for states, businesses, NGOs and other stakeholders. The rapid environmental changes in the Arctic create new opportunities for different actors that may impact negatively on ecological and social values. Global climate change and ocean acidification change the habitats of the cold-adapted organisms living in the Arctic, with the risk of exterminating unique biodiversity. Human-induced emissions of greenhouse gases (primarily carbon dioxide, methane and nitrous oxide) affect the balance between energy entering and leaving the Earth’s system resulting in global warming, melting of sea-ice (which increases heat absorption by the Arctic Ocean), and associated climate change. Approximately 27 % of the carbon dioxide released to the atmosphere every year is absorbed by the oceans. This keeps the atmosphere from warming as much as it otherwise would, but creates ocean acidification. In the Arctic region climate change and ocean acidification take place 10-100 times faster than at any time in the last 65 million years.

This third expert workshop on Marine Protected Area (MPA) networks in the Arctic, organised by Sweden and Finland, was held in Helsinki (Finland) and its outcome is a contribution to the ‘‘PAME MPA-network toolbox’’ project.