The former fishing vessel Thetis sank 1985 outside of the island of Smögen. The Swedish Agency for Marine and Water Management (SwAM) has led the work to recover oil and ghost net from the shipwreck. 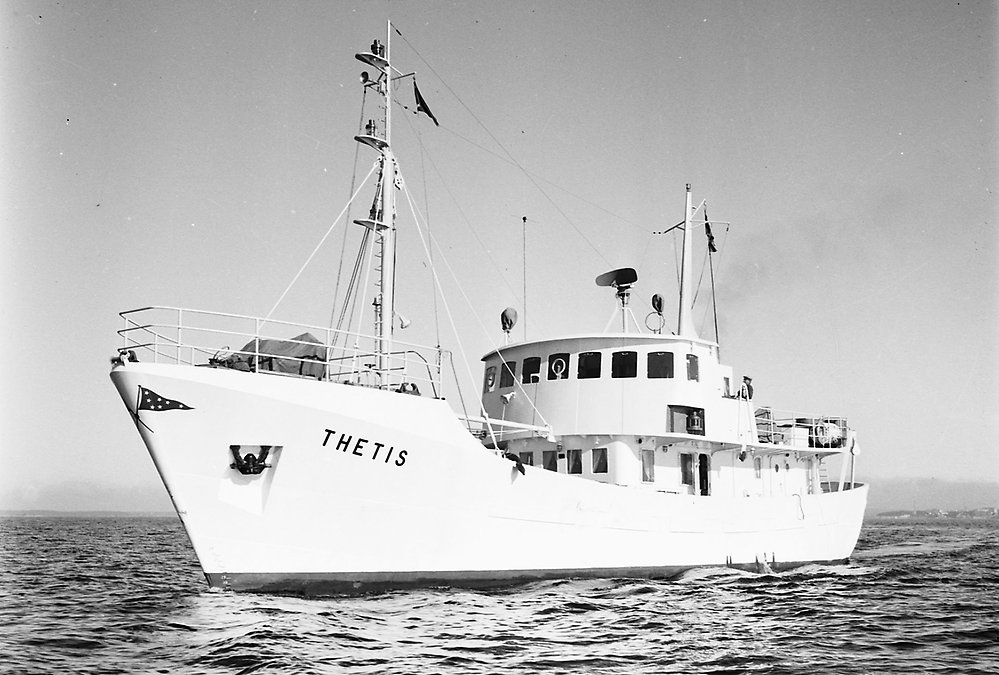 When Thetis sank, it was fully loaded with fish and hade a large purse seine on the afterdeck. A purse seine is a type of fishing gear that is placed around a shoal of fish.

Thetis was on the Swedish Maritime Administration’s list over environmentally hazardous shipwrecks in Swedish waters. It was chosen as a pilot project to develop new techniques and methods for oil recovery with remotely operated underwater vehicle (ROV) techniques. Thetis was a suitable wreck to start with since it is in relatively good condition, close to a port and at a shallow depth of 30 meters.

Thetis is located in a sensitive area

Thetis is located near a sensitive archipelago, both in terms of the marine environment and beach areas. Further out to sea lies the protected area of ​​Bratten, with a large number of red-listed species, for example corals and brittle stars. The entire coastline is highly valuable, especially concerning recreation and tourism.

During the autumn of 2017, SwAM initiated the work recovering environmentally hazardous oil from the shipwreck together with the company Marine Works AB. The initiative was possible with financial support from the Swedish Environmental Protection Agency.

It was the first time that a Swedish governmental authority developed a model for shipwreck remediation and recovered oil from an old, ownerless wreck. In total, 730 litres of oil were pumped up from the shipwreck and sent to the recycling company Ragn-Sells AB for destruction.

During the oil recovery operation, divers detected a large ghost net, so called purse seine, on and beside the shipwreck. The purse seine was completely stuck in the shipwreck and in the propeller. Only a small amount of the net could be recovered in June 2018, but thanks to special equipment larger parts could be removed and recovered in September the same year. About 12 tons could be recovered and sent to Fiskareföreningen Norden in Smögen for recycling.

Old fishing gear that has been lost in the sea and in lakes pose a great danger to fish, marine mammals and birds who risk getting trapped in the gear and choke or starve to death. Derelict fishing gear that continue to fish for a long time can affect fish and shellfish stocks. Ghost nets are also a source of micro plastics in the sea.

The cost of recovering oil and purse seine from Thetis amounted to SEK 5.7 million.

Map over the most environmentally hazardous shipwrecks in Swedish waters.

You can find several videos from the diving- and recovery operation from Thetis on SwAM:s YouTube channel

Photos from the recovery operations 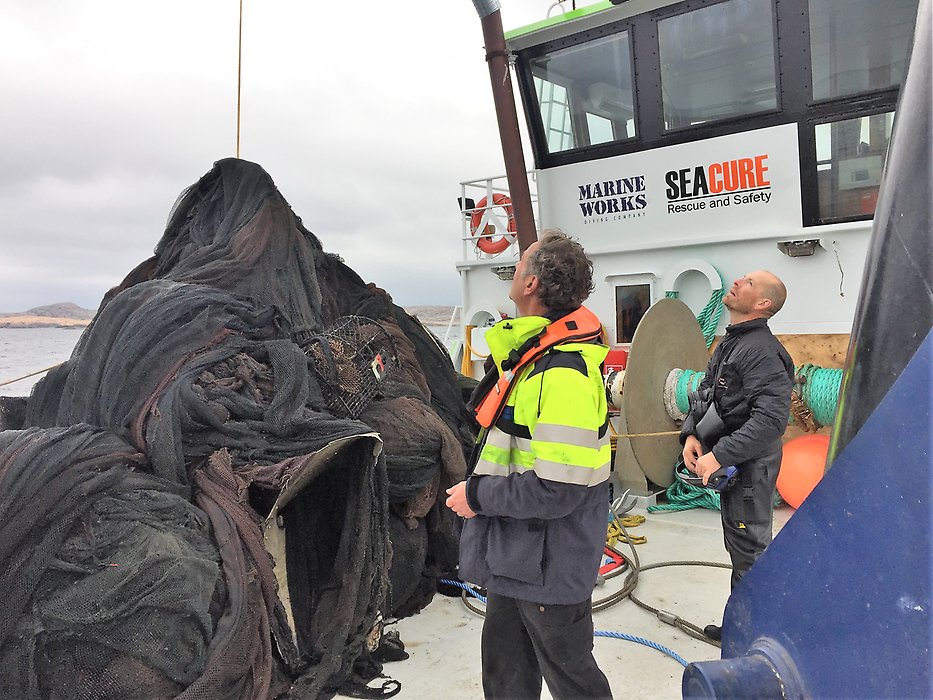