Skytteren sank in 1942 outside of the island of Måseskär on the Swedish west coast. Skytteren is the most environmental hazardous shipwreck in Swedish waters. The Swedish Agency for Marine and Water Management (SwAM) and the Swedish Armed Forces (the Navy) inspected the shipwreck in 2018. 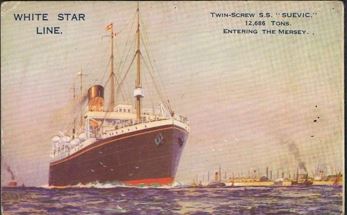 The most environmentally hazardous shipwreck

The ship Skytteren sank on April 1, 1942, about ten kilometres from the Swedish west coast near the city of Lysekil. The shipwreck is on the Swedish Maritime Administration’s list of environmentally hazardous wrecks in Swedish waters.

Skytteren is number one on the list of the 30 most environmentally hazardous wrecks, according to SwAM:s environmental risk assessment. An estimated 400 - 500 m3 of oil remain in the wreck.

Skytteren is located near a sensitive archipelago, both in terms of the marine environment and beach areas. Further out to sea lies the protected area of ​​Bratten, with large numbers of red-listed threatened species, for example corals and brittle stars. The entire coastline is highly valuable, especially concerning recreation and tourism.

Investigations of the shipwreck

In 2005, the Swedish Coast Guard performed an investigation of the wreck using a remotely operated underwater vehicle (ROV). Results showed that joints in the hull were corroded and that oil was leaking from a fracture in the hull.

In the autumn of 2018, SwAM and the Swedish Navy carried out a joint investigation of Skytteren for eight days (14-21 November). Since the shipwreck is located at a depth of approximately 74 meters, in an area with strong sea-floor currents, SwAM considered that the Navy’s divers where most suited for the task. The investigation was carried out from the Submarine Rescue Vessel HMS Belos. Deep divers participated from The Swedish Armed Forces Diving and Naval Medicine Centre, the 1st Submarine Flotilla and the 4th Naval Warfare Flotilla, as well as doctors and nurses for medical preparedness.

What did the investigation show?

The purpose of the investigation was to obtain more information for the risk assessment tool VRAKA for the assessment of environmentally hazardous wrecks. Hull thickness measurements were carried out where the fuel tanks are located. The divers searched for distinct changes or damages to the hull. The wreck was video- and photo documented to obtain data for a future oil recovery operation.

Skytteren seemed to be in a relatively good condition at a first glance. However, measurements on the hull plates showed that they are heavily attacked by corrosion and that they in specific areas only are 5 - 6 millimetres thick, which is less than one third of the original thickness. On the sea surface, a small but continuous oil spill was also detected during the investigations. It was not possible to backtrack where on the wreck the oil leaked from or to draw any certain conclusions on the amount of oil left in the wreck during this investigation.

SwAM's assessment is that an oil recovery operation is very likely to cost more than SwAM's annual budget for environmentally hazardous shipwrecks in Swedish waters (SEK 25 million per year).

The cost of the investigation of Skytteren amounted to SEK 1 799 609. The funds come from the Swedish Government's budget 1:4 for the Remediation and restoration of contaminated areas.

The ship Skytteren was built in 1899-1900 by the shipping company White Star Line in Belfast and was then named Suevic. The same shipping company built the ships Titanic and Britannic. She served as an ocean liner and a reefer ship transporting emigrants and supplies between Europe, South Africa and Australia. After a wreckage in 1907, she was repaired in Southampton before returning to traffic. In 1928, she was sold to a Norwegian shipping company for £35,000 and was rebuilt into a whaling factory ship named Skytteren. During the Second World War, she ended up in Gothenburg and was taken over by the shipping company Nortraship.

Slideshow from the investigation and the press event on November 21, 2018, which attracted some 20 journalists. 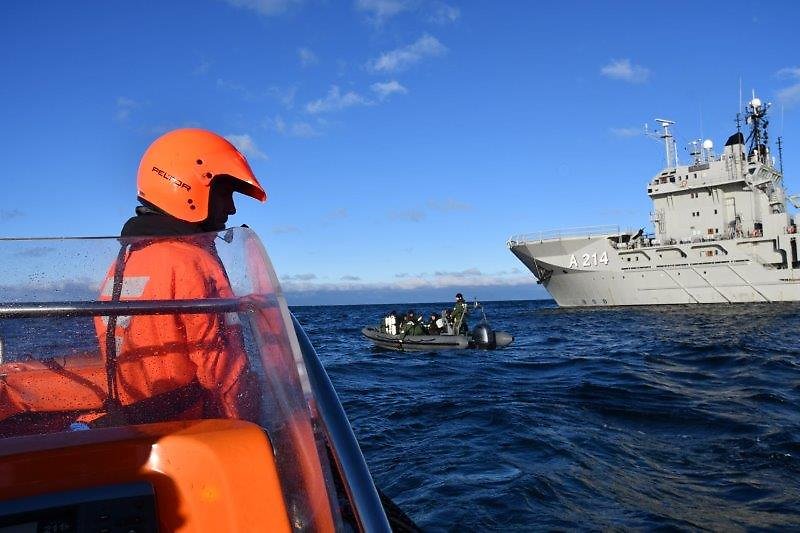